Where is Denmark? Finding Denmark on the map

How to get from Copenhagen to Malmö: The complete guide

How to get from Copenhagen to Oslo: Easy options

Stockholm vs. Copenhagen: Which should you visit? 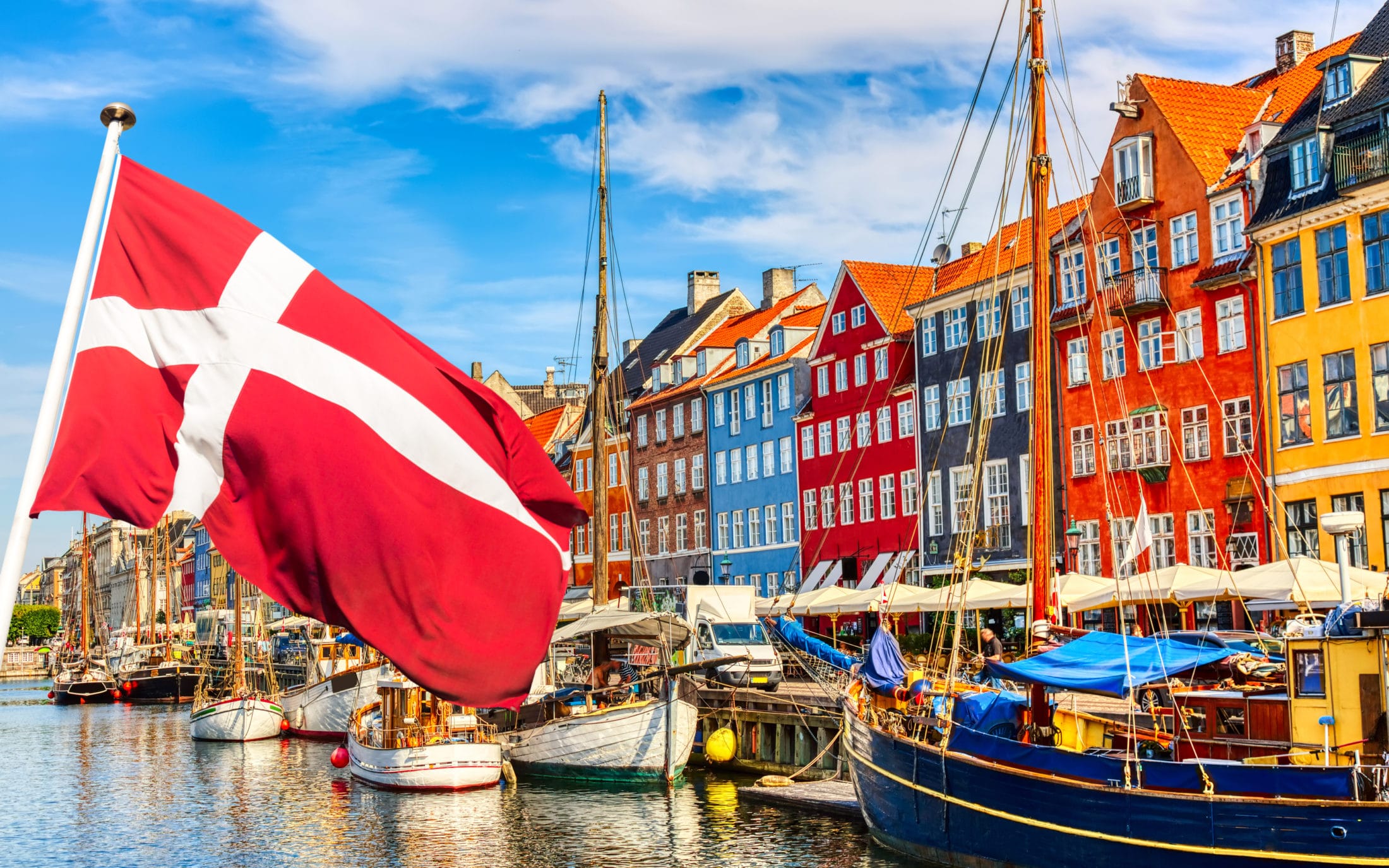 What is the capital of Denmark? It might sound like an obvious question, but there are still many people out there who don’t know what the Danish capital is.

It’s easy to forget that Denmark, Sweden, Finland, and Norway all have their own diverse capital cities to consider — mainly when these locations are frequently lumped together under the title of Scandinavia.

Don’t worry if you’re a little uncertain about Denmark’s capital and its storied history.

Today, we’re going to introduce you to the wonderful city of Copenhagen, and how this capital city makes a significant impact on the way the rest of the world views the Danes.

It’s time to get a better understanding of the Capital of Denmark.

What’s the capital of Denmark?

First things first, the answer to “What is the Capital of Denmark” is Copenhagen.

This compact city is easy to explore, with plenty of space for cycling paths and public transport.

The word Copenhagen stands for Merchant’s harbor in Danish, and the location has a lot of friendly nicknames, too, including the City of Spires, thanks to the region’s amazing architecture.

Today, Copenhagen stands out as one of the best places to visit in Denmark.

Copenhagen is home to some of Denmark’s must-see art exhibitions and museums. The location also has its own open-air museum.

Denmark’s capital is also the location for the world’s largest shipping firm, and it’s where you’ll find the home offices of two top-five biotech and pharmaceutical companies.

For those interested in safety, Copenhagen is tied with the South Korea city of Seoul as the world’s 8th safest city, according to studies from the Economist Intelligence Unit.

Copenhagen also supports a happy, active lifestyle for its residents. There are plenty of hiking areas to explore, Plus, the Mercer Quality of Living survey constantly ranks Copenhagen among the top ten cities in the world for global life quality.

Copenhagen is a beautiful place brimming with things to do and see. The region is home to amazing architectural locations like Rosenborg castle and Nyhavn, and it’s easy to spend your days visiting getting lost in the amazing culture of the Danes.

Here are some quick facts about Copenhagen:

Starting life as a fishing village, the Copenhagen region is packed full of markets where you can enjoy freshly-caught produce.

Today, it’s the ultimate place to go in Denmark’s smallest Nordic country, strategically located on the southern border that Copenhagen shares with Germany.

Copenhagen is just ten minutes away from the oldest amusement park in the world—the Bakken—which dates back to 1583. You can still visit this unique destination today.

Though Copenhagen is now one of the happiest places on earth, it’s had a few hard times too. In 1711, Copenhagen struggled to survive the bubonic plague after it killed off a third of the location’s citizens.

In 1728, a huge fire also destroyed about half of the fantastic medieval structures in Copenhagen. Since it officially began, the city has endured everything from Nazi tanks to Wendish pirates.

Today, Copenhagen is a pleasant place to live — and one of the greenest cities in the world, promising to be carbon neutral by 2025.

Offshore wind farms help to supply a huge chunk of the city’s energy, and Copenhagen keeps emissions low by preferring bikes to cars. More than half of the city’s residents commute by bike, and the city even has its own superhighway for cycling.

Despite some rough years, Copenhagen grew rapidly during the second half of the 20th century, and it just keeps getting better. Copenhagen isn’t just the administrative and political capital of Denmark.

This amazing city also has a huge impact on the tourism, transport, commerce, residence, and education aspects of the Danish too. Copenhagen is one of the largest financial centres in Europe.

Thanks to the efforts of city officials, the water around the Copenhagen harbour is now so clean you can happily swim in it, and there are actually various locations for swimming in the centre of town.

Copenhagen also has one of the world’s largest pedestrian-only shopping centres, which is a massive draw for tourists.

Copenhagen is also an excellent place to visit if you’re planning on checking out other Danish and Swedish regions on your trip. The best day trips from Copenhagen offer quick and easy to access to surrounding cities in no time.

This is particularly true since the creation of the Øresund Bridge in 2000, which connects Copenhagen directly to Malmo in Sweden.

Many of the historical aspects of Copenhagen remain alive and well today, including its passion for music and creativity. There’s a lively jazz scene in the region, with various clubs to explore and festivals that draw millions of dans.

Fun things to know about the capital of Denmark

The Danish capital is an incredible insight into Scandinavian culture, home to some of the most diverse weather in the region, and countless active tourist spots.

Copenhagen even gave birth to the chair most commonly associated with Scandinavian interior design — the Arne Jacobsen Egg chair.

Copenhagen attracts visitors and settlers due to its many wonderful quirks, and unique locations. However, you might also find yourself drawn to Copenhagen if you’re a food fan.

The region is brimming with Michelin Stars (15 in total), and some utterly amazing dishes.

Check out Noma for the “World’s Best Restaurant” experience.

Copenhagen is also home to one of the world’s most popular tourist attractions — the Little Mermaid statue. Many people agree that this statue helped to inspire the popular Disney movie, alongside the Hans Christian Anderson story.

Speaking of childhood wonders, Tivoli is the world’s second-oldest amusement park, and a place you should definitely visit if you end up in Copenhagen. This family-friendly attraction is full of rollercoaster rides and amusement arcades.

Some parts of Copenhagen are a little stranger. For instance, cemeteries in the city are usually park spaces simultaneously, which means you might see families having picnics next to tombstones and mausoleums.

However, the Danish don’t look at this kind of behaviour as morbid.

Other fun facts you might want to know about Denmark include:

Check out the capital of Denmark

The Danish Capital is famous for a variety of amazing things, from Hans Christian Andersen, to some of the most impressive modern companies in the world.

If you’re lucky enough to take a trip to Copenhagen, you’ll find a location that’s built on amazing concepts like hygge and dedicated to a wonderful quality of life.

The people in this city are laid back and friendly, with a focus on enjoying the small things in life. Plus, Copenhagen is packed full of beautiful locations and amazing things to see that harness the unique aesthetic of Scandinavia.

If you want to know what Scandi minimalism looks like, then you just need to visit a museum or art house in Copenhagen.

Don’t underestimate the Danish capital the next time you’re planning a trip to the Nordic region.

This head of Denmark is a must-visit destination for anyone who wants to discover what Scandinavia is all about. You can learn more about it right here on Scandification.

How to move to Sweden: The basics on moving to Sweden