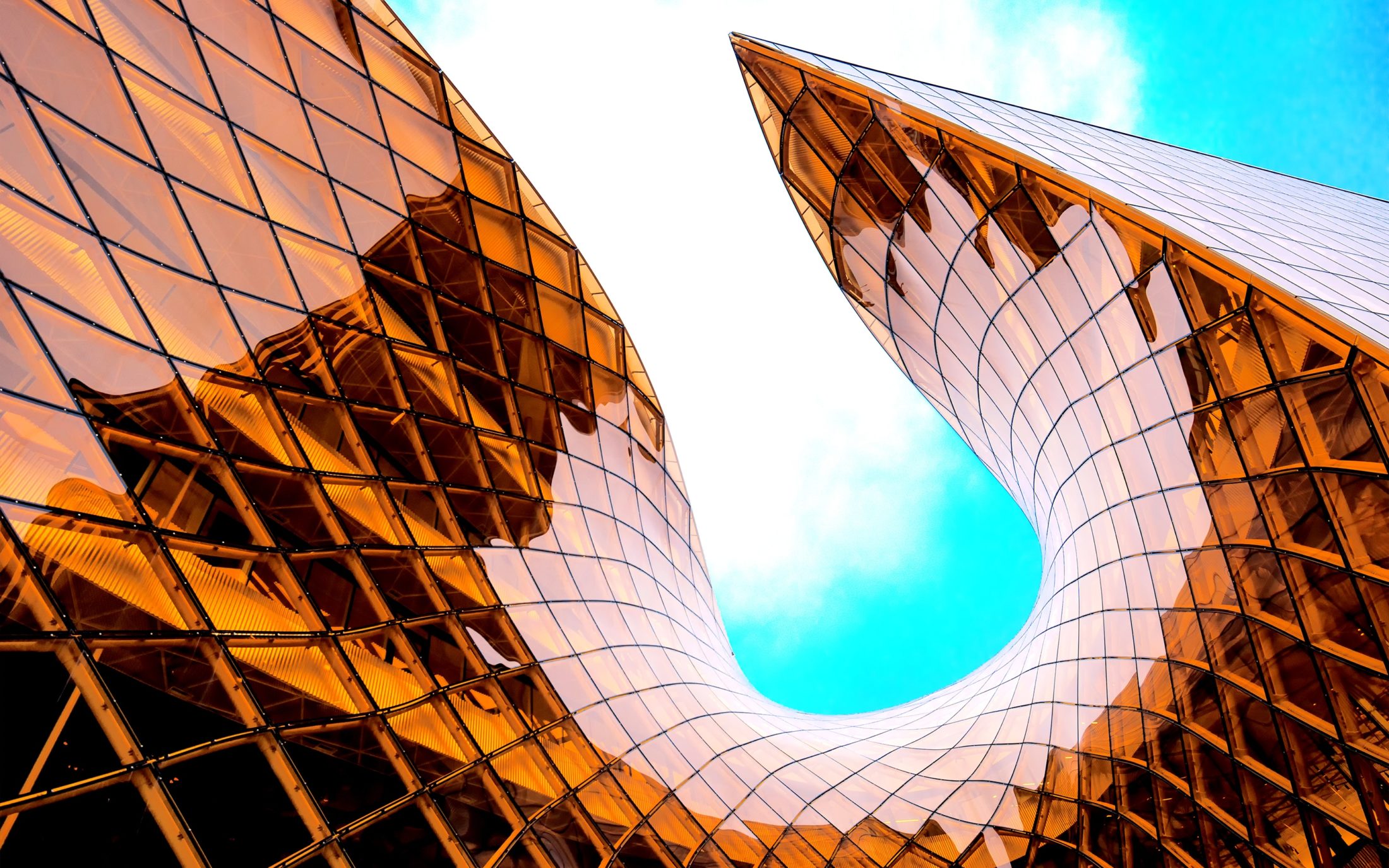 11 famous Scandinavian architects carrying on a proud tradition of innovation

It should perhaps come as no surprise that Scandinavia has long been known for its tradition of innovative architecture and design.

The best examples of Scandinavian architecture are especially renowned for evoking nature, even in the stark modernity that is a hallmark of the style.

With its clean, sleek lines and mind-bending angles reminiscent of ice floes and mountain peaks, top Scandinavian architects appear to infuse their work with the spirit of the Nordic natural world in such an effortless manner that oftentimes it seems as if these buildings and structures sprang up out of the earth and sea organically.

But the iconic shapes and creations of the top Scandinavian architects—many of which are now forever etched into the collective memory of the larger family of humans—are anything but easy to create.

Scandinavian architects and their firms spend years of meticulous planning to come up with designs for these edifices, from the humblest house to the most utilitarian train station to the mighty skyscrapers and public buildings that often come to symbolize the cities where they are built.

What exactly is Scandinavian architecture?

Scandinavian architecture is generally considered to be a style that first emerged in the early part of the 20th century.

The style incorporates the use of sleek, clean lines that are unadorned by anything frivolous or unnecessarily extra, as well as the generous and innovative use of natural light, and a sense of respect for the natural surroundings — even drawing direct inspiration from nature more often than not.

Also at work in Scandinavian architecture is a focus on creating buildings that are ecologically sustainable, energy-efficient and not wasteful.

Another important touchstone for Scandinavian architects is creating spaces indoors and out that are designed to be accommodating to human needs, respectful of the human form, and which carry in them a sense of aesthetic beauty that people can appreciate.

You will also notice stark minimalism at work in most of the creations of Scandinavian architecture firms.

A fascinating point to make about this aspect of Scandinavian design, however, is that even while hewing to a sense of simplicity and cleanness of line, Scandinavian architects and their work nonetheless are renowned for incorporating an impression of being inviting.

Other aspects of their work incorporate the sentiment of human warmth and a crystal-clear awareness that buildings are meant to serve people, not merely to be utilitarian or visually interesting from afar.

Here are some of the firms and individual Scandinavian architecture firms who best exemplify this aesthetic.

Any discussion of top Scandinavian architectural firms is eventually going to circle back to Snøhetta, so we might as well start there.

The company’s logo evokes mountain vistas, so it should perhaps come as no surprise that the firm takes very seriously the Scandinavian architectural principle of incorporating the natural world into its designs.

Perhaps the firm’s best known work is the Oslo Opera House, an inspiring work of art as much as it is one of architecture.

This sleek edifice is a must-see for any tourist visiting Oslo, just to see how it seamlessly blends form and function in the sloping ramp that allows visitors to stroll from ground level to the broad rooftop patio exemplifying the ethos of Scandinavian architects.

The interior is no less impressive, with warm, curving wood and exquisitely designed auditoriums.

But Snøhetta doesn’t shy away from less showy work either — one of their most innovative and clever designs is a reindeer viewing post located far off the beaten path in northern Norway.

Another Norwegian architecture firm that has made a splash in the broader world of the top Scandinavian architects and around the world is JVA, aka Jarmund Vigsnæs Arkitekter.

Based in Oslo, JVA was founded by Einar Jarmund and Håkon Vigsnæs in 1996 and quickly rose among the ranks of the top-rated Norwegian architects, eventually going on to be recognized as one of the most innovative in the world.

Among some of the firm’s best known work is Dune House in the U.K, but more unconventionally, the firm is also behind the Gullesfjord Weight and Control building on the edge of the wilderness of a remote Norwegian national park.

The company’s design aesthetic and mission includes seeking to create structures that are intriguing rather than merely striving to be conventionally ‘pretty,’ an ethos that makes the weigh station more readily explicable.

The unorthodox building, with its geometrical, angled roof and orange paneling evokes the mountains at sunset, which loom just behind. And the grass roof ensures that the building blends nicely into the surrounding countryside.

Turning to Norway’s neighbor Sweden, the Stockholm-based firm Asante is one of the leading Swedish architectural firms emerging as a leader in the rarefied air of Scandinavian architects.

Asante means ‘thank you’ in Swahili, and much of Asante’s architectural focus is on thanking Mother Earth for all she’s given us by creating sustainable solutions to modern building needs.

Their specialty is crafting environmentally sound, sustainably built and maintained minimalist structures that are nonetheless gorgeous to look at and a joy to inhabit.

Their creation Hadars House is a great example, a private residence on the island of Stokkøya the coast of Norway. The project was sustainably built, and created in such a way as to remain sustainable throughout its life.

The construction was part of a project helmed by Asante and other Scandinavian architects and thinkers to bring modern Norwegian homes to rural areas complete with live/work/play combinations for optimal liveability.

Heading across the Øresund to neighboring Denmark, the iconic Danish architectural firm BIG has a dual headquarters in Copenhagen and New York and focuses on solving problems of urbanization and creating liveable, sustainable housing and office solutions in the cities of the world.

Aside from creating a number of classic Danish architecture efforts, BIG has made a name for itself as a leader among Scandinavian architects, having created or currently working on projects in places as far-flung as the Middle East, Asia and North America.

With a foothold on four continents, it isn’t surprising that BIG’s architects, thinkers and designers think big, with a vision of a multicultural world celebrating connections that go beyond the blandly utilitarian or purely economic.

As the company says in its literature, they seek utopian answers that avoid ‘petrifying pragmatism of boring boxes.’

One of the old guard among Scandinavian architect firms, C.F. Møller has been creating award-winning works for nearly a century. That longevity hasn’t dampened the imagination or daring of the Danish architecture firm’s visionaries however, as they continue to rack up accolades from all over the world.

They too rely on having a firm foothold in traditional Nordic and Scandinavian values, and incorporate innovation, the use of sustainably obtained local materials, and a holistic approach.

Among their best-known and most widely-recognized works are the Mindet 6 tower on the edge of the Aarhus Harbor, a delicate, sculpture-like creation, as well as the iconic Copenhagen International School in the Nordhavn neighborhood of the nation’s capital.

Stepping outside of Scandinavia proper for a moment, neighboring Finland’s AOA (Anttinen Oiva Architects) is worthy of mention as carrying on the tradition of Scandinavian architecture to the broader Nordic world.

Famed for creating functional, thoughtful and yet beautiful works, one of AOA’s exemplary pieces is a contemporary chapel they created on a medieval site in Vantaa, Finland.

The building is exquisite, and masterfully combines modern needs and sustainability with respect for worship and the history of the area.

How about we step way outside of even the Nordic region for a moment and talk about a Canadian-born architect who has made quite a name for himself with a Norwegian architecture firm he started in Bergen, Norway.

The ultimate guide to Scandinavian fashion

Todd Saunders founded his namesake firm in 1998 and almost instantly made a name for himself in the wider world of Scandinavian architecture firms.

His firm has created projects ranging from larger cultural works to residences, and has done so across the trio of Scandinavian countries as well as in England, Italy and Canada.

For an idea of how Saunders and his firm use modern design and the Scandinavian architecture ethos to create a sense of space and a humanistic outlook, check out his Fogo Island-based Squish Studio.

Continuing with Norwegian architecture firms, one of the most interestingly specialized of not only the Scandinavian architects but around the globe is Biotope. This firm is focused on creating designs to enhance bird-watching and other nature-related interactions of humans with the world around us.

The focus of this uniquely Scandinavian architecture pursuit has led to some intriguing, utilitarian, yet beautiful designs that seamlessly blend in with the surrounding natural world.

This structure is not only amazing in that it was designed and built at all, but also for the meticulous thoughtfulness that went into making sure it would blend with the surrounding area so as not to disrupt the birds that alight there.

But not only that, the interior, far from being a stark, utilitarian Quonset hut type of redoubt where lonely scientists sit on folding chairs and peer through blinds at passing birds is actually a warm, cozy, typical Scandinavian interior with massive windows and gorgeous views.

Founded by Ia Hjärre and Andy Nettleton, Dive has successfully completed projects for clients like British Council, Urban Splash and More London. But they also are or will be working with clients in Africa, the Middle East and the rest of Scandinavia as well.

Their project Simrishamns Arkitekturpriset for the Municipality of Simrishamn garnered them an annual architecture prize there.

Here’s another youthful firm, this time a Norwegian architecture firm called Helen and Hard that has a solid grasp on the tenets of Scandinavian architecture in all its glorious form, function and aesthetics.

Founded in 1996 by Siv Helene Stangeland and Austrian architect Reinhard Kropf, their work focuses on sustainability as well, and they’ve got the awards to show their imagination and innovation are widely recognized.

Their project, the Vennesla Library & Cultural Centre is a great example of wedding form and function, with a gorgeous glass-walled exterior and an interior that is a warm, timber-ribbed womb where you feel as if you are part of the books and they a part of you.

There you can also seek out plentiful cozy nooks to sit and read comfortably.

Jensen and Skodvin is another relative newcomer to the world of Scandinavian architecture, having only been around since 1995. But their international reputation was sealed with their work on Mortensrud Church outside of Oslo.

This unique house of worship is a stunning response to modern religion and the human need for worship, married with a recognition of the impact the natural world has on us in a spiritual sense — and which we have on it in a more physical sense.

The church is built into a steep hillside and uses vast glass walls to provide a view for parishioners down the sheer drop.

There are also notes of traditional, even medieval churches, as this leading Norwegian architectural firm also used massive slabs of stone interspersed with steel frames that allow the sunlight to dapple the interior.

Much in the way that cathedrals of old used stained glass to allow the ‘light of the world’ in the spiritual sense as well as the literal meaning to enter the sanctum.

Discovering the fjords of Norway